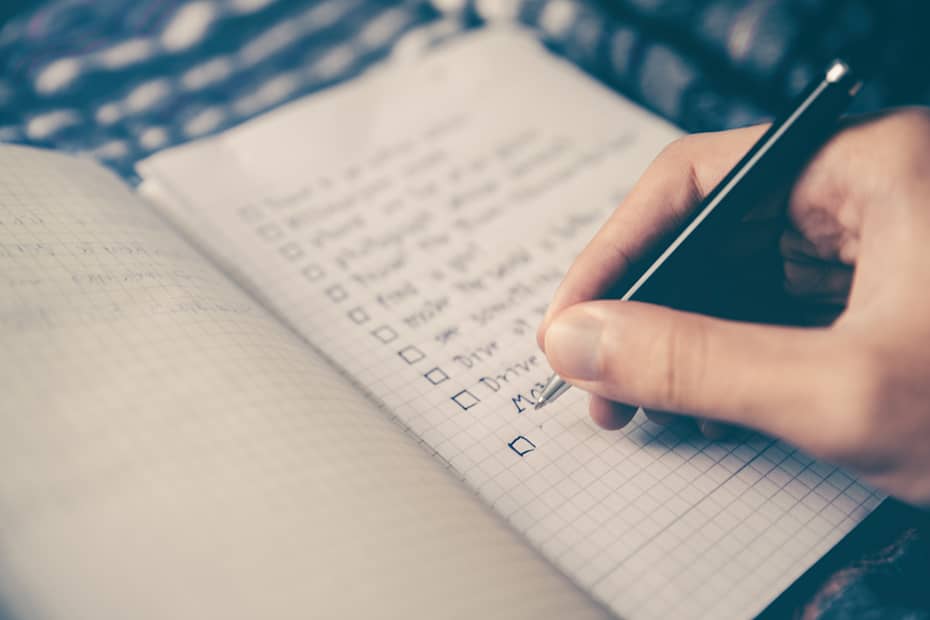 Nir Eyal is an investor, lecturer and best-selling author of books like “Hooked” and “Indistractible”. Nir claims you can change behavior and retain customers with behavioral design and consumer psychology. One of his learnings is quite controversial : To-do lists don’t work for time management. Nir teaches us that we should become “schedule builders”. But what does that mean?

In the 1980s, Stephen Covey captured the essence of time management in “7 habits of highly effective people”. It’s like a bible for time management, clarifying key elements like proactivity, values and habits. He coined timeless phrases like “win-win or no deal”. His (or was it Eisenhower’s?) quadrant of “urgent/non-urgent and important/not-important” is now a classic.

In the early 21st century, David Allen wrote his popular book “Getting things done” (GTD). Allen states that it is not a time management system, but a process for bringing order and action to our chaotic and random worlds. The GTD method rests on the idea of moving all items of interest, relevant information, issues, tasks and projects out of your mind. He wants us to record them externally and then break them into actionable work items. You can now focus your attention on taking action on tasks, instead of recalling them. In other words, Allen’s book focuses strongly on getting your to-do list right. His process workflow looks like this:

It’s not hard to see why Nir Eyal believes this is way too complex and this process may well do the opposite of keeping you on track.

Nir’s observation is spot-on: when you make a to-do list, it’s easier to add items to the list than to actually do the things on the list. A psychological side-effect of this process is that you may think that YOU are the problem for not getting things done. And that becomes a vicious circle: the more you think you are the problem in not getting things done, the less you get done. Your list of things to do gets longer, not shorter. How many people do you know that consistently clear their to-do lists?

An ever incomplete to-do list does not reinforce a positive identity. It’s a constant reminder that we didn’t do what we said we were going to do. It becomes a self-fulfilling prophecy. You start to think you are easily distractable, and it becomes who you are, rather than what you do. The thing is: people are awfully bad at predicting how long tasks will take to complete. And using a to-do list to run your life is not the right method. The to-do list becomes a distraction. But what is a distraction?

Similarly, actions that most people regard as “productive” may actually be distractions if they are not what you had commited to do with your time. To-do lists may be an easy way out of spending time on non-urgent but important goals or tasks you have set yourself. But then the to-do list distracts you from what is important to you. So what’s the answer?

Nir Eyal’s solution is simple: break away from your to-do list and build a weekly schedule instead. Keeping a schedule seems simple, yet most people don’t do it or don’t do it correctly. Don’t put a meeting or two on your calendar and leave the rest of your calendar blank. Decide what you are going to do and when you’re going to do it. In MyBig5 we have built your weekly dashboard to help with that.

In MyBig5’s weekly dashboard you set 5 goals for the week. That is the only way to know the difference between traction (what you said you would do) and distraction (anything else). Keeping a calendar is not only useful for work-related tasks. You can hold time for your important relationships and for investing in yourselves. That’s why in MyBig5 we guide you to choose one personal or team goal every week.

One could argue that Nir Eyal is building on Covey and Allen. A weekly schedule is like a to-do list with time and date committed to each item on the list. What’s in a name? There are three lessons from Eyal’s book we’d like to conclude with.

Secondly, decide how you will spend your time in advance. This leads to fewer distractions. When you know you only have one hour to work on a task, you become more focused instead of letting yourself flounder. A schedule makes it more likely you will stay on track by adding the constraint of a fixed period of time. MyBig5 allows you to choose a cadence of weekly, fortnightly or monthly. We believe weekly is best, and clearly so does Nir Eyal.

Thirdly, using a schedule relieves the feeling of guilt when you are having fun. If you’ve scheduled time to play video games, there’s nowhere else you should be and nothing else you should do. You can finally enjoy leisure time without guilt. In fact, doing work when you schedule time for fun would now become a distraction, since it’s not what you planned to do with your time.

If you’re ready to build your own schedule, the goal is to schedule every part of your day. This may sounds stressful at first, but remember that this includes downtime. This technique is called “timeboxing” or making a “zero-based calendar”. Elon Musk uses timeboxing, so if it works for him, it surely will help you too. We’ll dedicate a blog on that later.

Making a schedule does not guarantee you’ll never go off track. It’s important to be aware that when you don’t plan time in your day to do what really matters, life quickly falls out of balance. Using MyBig5, you can learn better ways to get more out of your days and weeks. Ask for a demo now, or try it for free.